Has the Market hit bottom?

With a technical recession already confirmed and crypto currencies breaking all support levels, Used cars cost more than new ones and home values have soared along with interest rates making it nearly impossible for first time home buyers to buy into the American dream. How will the next few months play out?  We have had three interest rate hikes of 25, 50 and 75 base point hikes and could very well end up with another 75 point increase at the next fed meeting. Trying to curb inflation has been tougher than the Feds had initially thought. Trying to play the “soft landing” strategy hasn’t panned out as they had hoped. Inflation is a run away train gaining speed as it travels down the tracks and we are staring down the barrel of a loaded cannon. That statement was a little ominous and it may not be as bad as many think but, the signs are pointing in that direction.

The summer season is here and we are breaking national gas price records nearly every week. Not to mention the war in Ukraine. Big Oil is raking in massive profits as Russia invaded Ukraine in February, the price of oil climbed in 2022’s first quarter – as countries that rely heavily on Russia for energy scrambled for alternative fuel sources amid uncertainty. The benchmark for global oil prices, Brent crude, averaged at $102.23 a barrel during the first quarter – 67% higher than during the same period last year, according to the Associated Press. In the United States, for example, drivers have consequently found increasingly expensive gas prices at the pump. 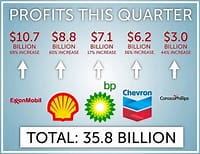 Technical strategist Tom DeMark in March said bitcoin could fall as low as $18,418 — back when the cryptocurrency was trading as high as $48,000. A volatile weekend had bitcoin BTCUSD briefly trading below $18,000, as it traded around $20,000 on Monday, down some 70% from its Nov. 10 peak of $68,924. Bitcoin has collapsed in value as the Federal Reserve began lifting interest rates. “Typically, structural long term damage is done to an uptrend when a retracement exceeds 56%,” says DeMark, the founder and CEO of DeMark Analytics and a consultant to hedge-fund manager Steven A. Cohen. “Such breakdowns bespeak a high probability recovery to the all-time bitcoin highs will require many years, if not decades, to accomplish.”

You could find a plethora of analysts who say we hit the bottom and just as many who say we have a bit more pain to endure but its worth reading every thing you can to educate yourself and be ready to hit that buy button when you feel its safe (enough). This could be the opportunity you’ve been waiting for!